Real democracy and the Internet are not mutually exclusive.

Here, for the first time in one volume, are some of the most cogent thinkers and doers on the subject of the cooptation of the Internet, and how we can resist and reverse the process. The activists who have put together Ours to Hack and to Own argue for a new kind of online economy: platform cooperativism, which combines the rich heritage of cooperatives with the promise of 21st-century technologies, free from monopoly, exploitation, and surveillance.

The on-demand economy is reversing the rights and protections workers fought for centuries to win. Ordinary Internet users, meanwhile, retain little control over their personal data. While promising to be the great equalizers, online platforms have often exacerbated social inequalities. Can the Internet be owned and governed differently? What if Uber drivers set up their own platform, or if a city’s residents controlled their own version of Airbnb? This book shows that another kind of Internet is possible—and that, in a new generation of online platforms, it is already taking shape.

Is participatory design outdated in Scandinavia? Many would say it is. Yet, as information Systems (IS) diffusion continues in familiar and new guises, IS researchers and developers face political dilemmas through the conduct of their work. These are precisely the original area of concern for the research area of Participatory Design (PD). How, then to make PD better reflect contemporary concerns?

This paper argues the danger of complacency among Scandinavian IS researchers about the position and meaning of PD: Some researchers reject PD altogether; some who previously have contributed to PD speak of new circumstances making it harder or less relevant today. The paper critically examines a number of such arguments. In a world made “global” by information and communication technologies (ICTs), political concerns remain of the minds of many. PD must encompass work motivated in political conscience which is expressed through a range of approaches and conducted at multiple points throughout the processes of computer development and adoption, not only participatory design. In this sense, PD needs to become broader. Further, participatory design work which does not contribute to challenging patterns of dominance or understanding how to do so currently remain within PD. This is another problem for PD and in this sense the area needs to become more focused.

In sum, PD must develop a stronger demand for analyses of societal/political/ethical consequences of ICT development, management, adoption or use. Thus, systems design would be one of several foci contributors might address. To indicate the range of new possibilities for activism, issues are suggested that might benefit from enquiry motivated in concern for dominated groups. 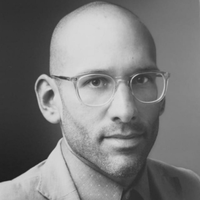 Eli Pariser’s new book The Filter Bubble is a valuable exposition of what living and learning through Google and Facebook will mean for our lives as citizens.

‘‘Surveillance capitalism’ has become a defining concept for the current era of smart machines and Silicon Valley expansionism. With educational institutions and practices increasingly focused on data collection and outsourcing to technology providers, key points from Shoshana Zuboff’s The Age of Surveillance Capitalism can help explore the consequences the field of education. Mindful of the need for much more careful studies of the intersections of education with commercially-driven data-analytic strategies of ‘rendition’ and ‘behavioural modification’, here I simply outline a few implications of surveillance capitalism for how we think about education policy and about learning.’

Of all the videos posted to YouTube, there is one that the platform recommends more than any other right now, according to a Pew Research study published Wednesday. That video is called “Bath Song | +More Nursery Rhymes & Kids Songs – Cocomelon (ABCkidTV). ‘…it is worth reflecting on what one means by ‘self learning’ in the context of algorithms. As algorithms such as deep neural nets and random forests become deployed in border controls, in one sense they do self-learn because they are exposed to a corpus of data (for example on past travel) from which they generate clusters of shared attributes. When people say that these algorithms ‘detect patterns’, this is what they mean really – that the algorithms group the data according to the presence or absence of particular features in the data.

Where we do need to be careful with the idea of ‘self learning’, though, is that this is in no sense fully autonomous. The learning involves many other interactions, for example with the humans who select or label the training data from which the algorithms learn, with others who move the threshold of the sensitivity of the algorithm (recalibrating false positives and false negatives at the border), and indeed interactions with other algorithms such as biometric models.’

The field of AI is extremely broad and somewhere in there appears Machine Learning (ML), the automated learning of machines. This system is widely used these days and it basically consists of computers learning. In other words, these machines’ performance improves with experience. Neither Karam nor Odili know for sure what role automated decision-making played in their visa rejections, but in both cases computerised errors played a part and a decision seemed to be made primarily based on nationality. This level of service from the Home Office doesn’t come cheap.

This paper explores the relationship between social media and political rhetoric. Social media platforms are frequently discussed in relation to ‘post-truth’ politics, but it is less clear exactly what their role is in these developments. Specifically, this paper focuses on Twitter as a case, exploring the kinds of rhetoric encouraged or discouraged on this platform. To do this, I will draw on work from infrastructure studies, an area of Science and Technology Studies; and in particular, on Ford and Wajcman’s analysis of the relationships between infrastructure, knowledge claims and politics on Wikipedia. This theoretical analysis will be supplemented with evidence from previous studies and in the public domain, to illustrate the points made. This analysis echoes wider doubts about the credibility of technologically deterministic accounts of technology’s relationship with society, but suggests however that while Twitter may not be the cause of shifts in public discourse, it is implicated in them, in that it both creates new norms for discourse and enables new forms of power and inequality to operate.

Posthumanism and the Massive Open Online Course critiques the problematic reliance on humanism that pervades online education and the MOOC, and explores theoretical frameworks that look beyond these limitations. While MOOCs (massive open online courses) have attracted significant academic and media attention, critical analyses of their development have been rare. Following an overview of MOOCs and their corporate means of promotion, this book unravels the tendencies in research and theory that continue to adopt normative views of user access, participation, and educational space in order to offer alternatives to the dominant understandings of community and authenticity in education.